WHY IS MARINE LT. COL. STUART SCHELLER IN THE BRIG AND NOT GEN. MARK MILLEY? 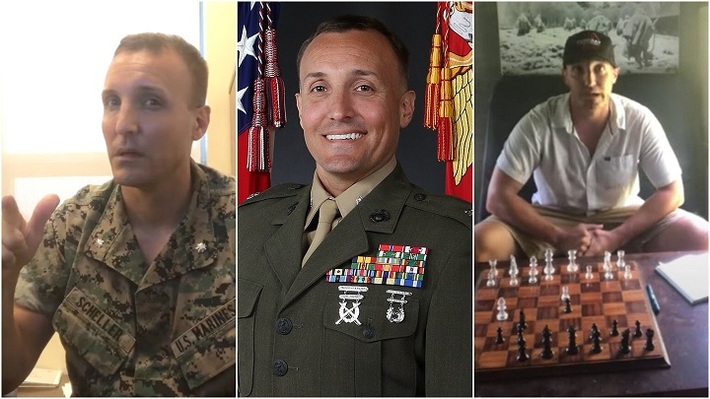 Joint Chiefs of Staff Chairman Gen. Mark Milley told Congress that he would not resign after presiding over the Afghan withdrawal debacle and that he saw no reason to. Marine Lt. Col. Stuart Scheller sees it differently and said so in a video that not only got him relieved of his command but also thrown into jail and held incommunicado Scheller felt his superiors should be held accountable for what Milley admitted was a strategic defeat and said so publicly and so far is the only to pay a price.

Schiller admits he deserved to be fire and that he did indeed commit the offense of going outside the chain of command and criticizing his superiors but compare that to Milley’s sitting down with every book author to spill his personal opinions, hint that Trump was a potentially unstable rogue nuclear threat, calling press conferences to complain about his commander-in-chief,  asking his staff to pledge loyalty to hi before the President, and going outside the chain of command to promise his Chinese counterpart that if a rogue Trump decided to attack Milley would give the Chinese a heads-up. That is not mere insubordination. That is treason.

Scheller is one of those true profiles in courage willing to put their careers on the line, just as they put their lives on the line, to fight for freedom and the truth. In another context he would be hailed as a whistleblower but since his target is sleepy Joe Biden and his “woke: generals, Scheller will pay s price for saying the emperor has no clothes, the unprecedented success was a colossal failure and his superiors have soiled their uniforms:

Scheller is accused of the following offenses under the UCMJ: Article 88: Contempt toward officials, Article 90: Willfully disobeying a superior commissioned officer, Article 92: Failure to obey an order, and Article 133: Conduct unbecoming an officer and a gentleman, a Marine Corps spokesperson told Task & Purpose.

However, it’s not yet certain whether Scheller will face a court-martial. The Marine will go through an Article 32 hearing, which will determine whether there is enough evidence to warrant a court-martial. But no matter what the hearing finds, Scheller has already made a name for himself through his viral videos. Publicly criticizing senior leadership while still in uniform the way Scheller did was a move so bold that even members of other branches of the military are talking about it…. 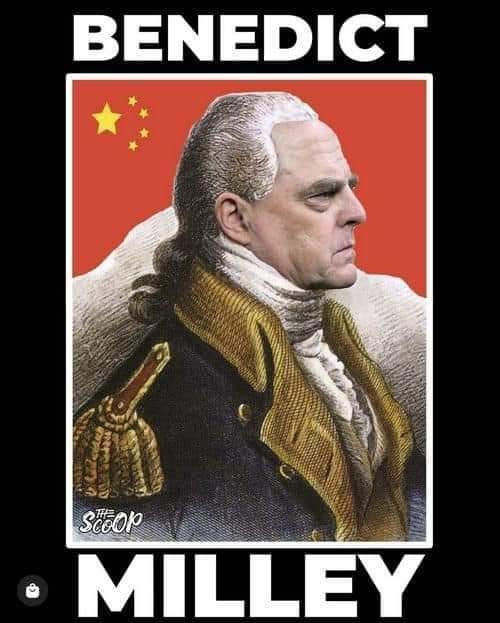 Scheller posted his first video to Facebook and LinkedIn on Aug. 26, as the U.S. withdrawal from Afghanistan was still ongoing. In the video, Scheller levelled criticism at senior military leaders for their handling of the final days of America’s longest war.

“I’m not saying we’ve got to be in Afghanistan forever, but I am saying: Did any of you throw your rank on the table and say ‘hey, it’s a bad idea to evacuate Bagram Airfield, a strategic airbase, before we evacuate everyone,’” he asked in the Aug. 26 video. “Did anyone do that? And when you didn’t think to do that, did anyone raise their hand and say ‘we completely messed this up.’”

The day after Scheller shared the video, he was relieved of command as the battalion commander for the Advanced Infantry Training Battalion at School of Infantry East at Camp Lejeune, North Carolina. As his notoriety grew, so too did his criticism of senior military leaders.

More videos were quick to follow:  One on Aug. 29 in which he vowed to resign his commission and proclaimed “Follow me and we will bring the whole f—king system down” and another on Sept. 16 in which he pledged to file charges against Marine Gen. Kenneth McKenzie Jr., head of U.S. Central Command, for his mistakes leading up to the chaotic Afghanistan evacuation.

McKenzie is the military genius who thought the Taliban was acting businesslike and professional and we would see if the Taliban would continue severing the heads of their opponents or not. When the Taliban offered to let us control all

His parents, who for decades proudly saw son risk his life in service of his country, now see him sitting in a jail cell for the sole purpose of shutting him up and not talking about the incompetence of Joe Biden and his sychophantic general staff:

Scheller’s father described his son as a proud American who loves the Marine Corps and has served proudly for nearly 17 years.

“He’s asking for the same accountability that is expected of him and his men,” Stu Scheller Sr. told Task & Purpose on Monday.

“All our son did is ask the questions that everybody was asking themselves, but they were too scared to speak out loud,” Scheller Sr. said. “He was asking for accountability. In fact, I think he even asked for an apology that we made mistakes, but they couldn’t do that, which is mind-blowing.”

Allowing Milley to simply resign and be free to write his memoirs and become a CNN analyst is too good a fate for a man who has been rightly dubbed “Benedict Milley” for calling someone who would be his adversary and ours in the event of war, Chinese general Li Zuocheng, and promising a heads-up if we attacked. That is called collaborating with the enemy. That is called treason and is certainly worthy of a court0martial.

Defenders of the “woke” and thoroughly modern Milley, who was so busy looking for white supremacists in the military and learning about “white rage” that he slept through the fall of Afghanistan due to President Biden’s surrender to the Taliban, caked Millry the “adult in the room” who was there to safeguard democracy, preserve the peace, and keep a rogue Trump in check.

The man who Milley thought a rogue warmonger was in fact the only President in recent memory who did not initiate a new conflict, was the recipient of multiple Nobel Peace Prize nomination s for engineering the Abraham Accords bringing peace between Israel and formerly hostile Arab states, among other efforts. Instead of a nuclear war. Trump stopped the North Korean nuclear and missile programs in their tracks, actually meeting with their Dear Leader, little fat boy Kim Jong-un.

What Milley did was to insert himself into the civilian chain of command which runs from the President through the Secretary of Defense and to the various theatre commanders. By telling staff to igmore Trump and follow Milley’s lead in a comflict is rank insubordination bordering on sedition. Milley is the insurrectionist and rather than preventing misunderstandings, which military-to-military hot line contacts are designed to do, Milley’s rogue actions could actually have triggered a nuclear war if the Chinese misunderstood what he might tell them about Trump’s alleged intentions and decided to launch a preemptive strike. 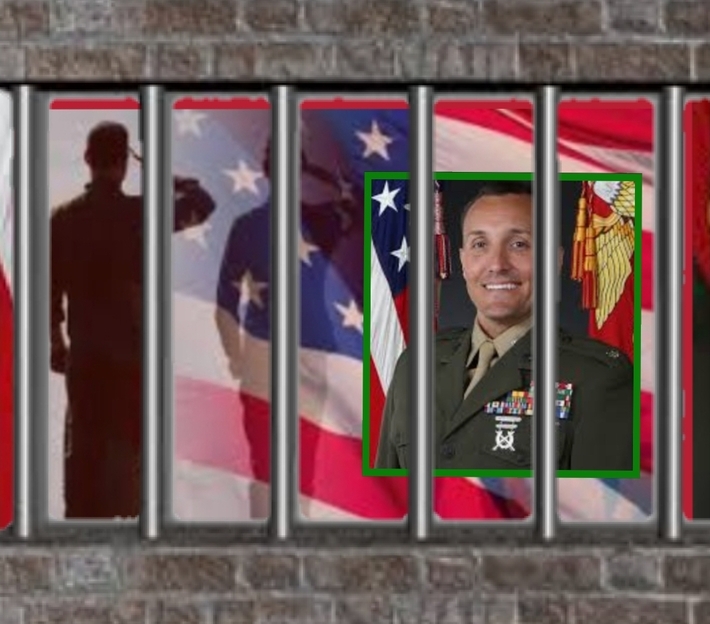 Gen. Milley then criticized his commander-in-chief, publicly apologizing for being “forced” to appear in what he called a politically motivated photo-op. As RedState reported:

Gen. Mark Milley, the current Chairman of the Joint Chiefs of Staff, was among that group.

On Thursday morning, during a prerecorded commencement address to the graduating class of the National Defense University, Milley said, “I should never have been there.”

He apologized to the graduates because it had been a “political event” and that the military must remain apolitical. 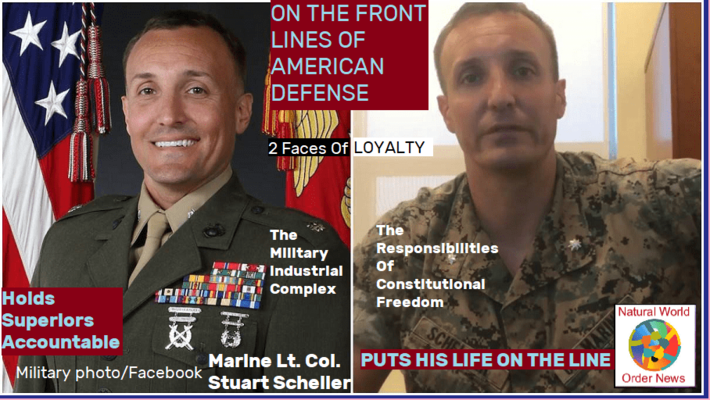 As senior leaders, everything you do will be closely watched and I am not immune, as many of you saw the results of the photograph of me at Lafayette Square last week. That sparked a national debate about the role of the military in civil society. I should not have been there. My presence in that moment, and in that environment, created a perception of the military involved in domestic politics. As a commissioned, uniformed officer, it was a mistake that I have learned from and I sincerely hope we can all learn from it.

Gen. Milley should have kept his big mouth shut. The walk and subsequent photos had political connotations but so does Trump speaking at a military service academy graduation. A historic frequented by presidents was under attack as was the rest of the city. Isn’t it the sworn duty of the President and all military officers under his command to protect us against all enemies foreign and domestic Which part of that does Gen. Milley not understand? Which part of commander-in-chief  does he not understand?

Lt. Col. Scheller should be freed and General Mark Milley et al should be brought up om charges/