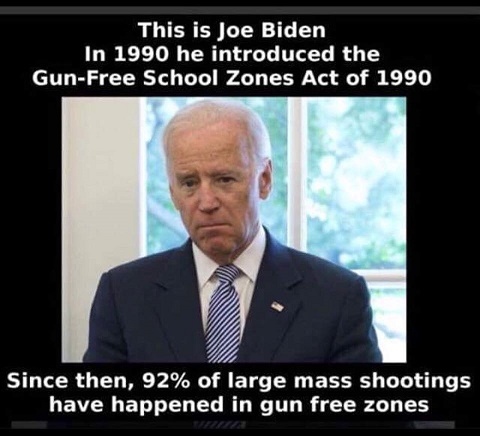 Appearing on Newsmax TV with host Grant Stinchfield, Andrew Pollack, father of Parkland victim Meadow Pollack, blasted Joe Biden’s exploitation of the third anniversary of the Parkland shooting to push draconian gun control regulations that amount to a virtual repeal of the Second Amendment, saying none of Biden’s plans would have prevented the mass shooting tragedy at Meadow’s school and that “Biden’s wishes are a lie.”

Andrew Pollack is the author of “Why Meadow Died: The People and Policies That Created the Parkland Shooter and Endanger America’s Students”. Meadow was his daughter, who was killed during a school shooting on February 14, 2018 at the Marjory Stoneman Douglas High School in Parkland, Florida.

The show’s host, Grant Stinchfield, began the interview by asking Pollack, “How do you sum up the state of school security three years later, and all the work that you’ve done to keep kids safe?”

“I was so disgusted that Biden, on the anniversary of my daughter getting murdered, announced — you know, his administration announced — that they were going to do all these, put all these gun control measures in place,” Pollack began.

Every one of those [gun control measures] that he wants to put in place wouldn’t have made a difference in my daughter getting murdered in Parkland. They’re not capable of looking at solutions. What I did, I took a step back when the media — mainstream media — was attacking our Second Amendment. I took a step back, and I looked into the failures in Parkland, and I dissected them one by one. I wanted to make a difference, I wanted to help law enforcement with their response to a mass shooting, and that’s what I did. I came up with an organization called ‘School Safety Grant.’ Any law enforcement agency, I urge them to go on schoolsafetygrant.org. Go on my website, we dissect all the failures,” Pollack continued.

“When you put just gun control measures in, you mask solutions… They’re very simple-minded, you know, they’re not able to look at the failures… All those students and the media, they jumped on the gun control bandwagon,” he added.

Pollack also discussed the failures of the school during the shooting, including “the gates being open, against school policy,” lack of proper mental health counseling, lack of proper threat assessments, and the 45 visits by the sheriffs department to the house of the shooter prior to the incident, which never ended in an arrest.

Andrew Pollack was a voice of realism when he appeared at the White House when President Trump invited grieving parents and others to mourn and to discuss not only what happened and what caused it but also what could be done to stop the carnage, He spoke at the 2020 Republican National Convention and warmed that choosing Biden over Trump was to invite future tragedies on aa national scale.

Pollack, put this past election in the proper perspective as one between a Joe Biden who would put the safety of our kids and our country at risk for the sake of ideology and political correctness and a Donald Trump who would protect both with law and order and armed protection..  Parkland dad Andrew Pollack believes that Joe Biden’s policies have and will continue to jeopardize kids’ lives.

Pollack rightly condemned liberal Democratic policies in general for putting the students at Parkland and elsewhere in ganger by pursuing social justice and social engineering policies that protected those who would do us harm and not allow us to protect ourselves. It is the same mindset of those who today let felons go free for fear of COVID as our streets are full of burning and looted businesses and our inner cities littered with bullet-ridden bodies, including infants shot in their car seats and toddlers at grandma’s house, all while defunding police, confiscating our guns, and removing school safety officers added afer Parkland.. It is the mindset of, Pollack noted on the opening night of the Republican National Convention, Joe Biden, or at least that of his handlers and puppet masters. As the New York Post reeported: 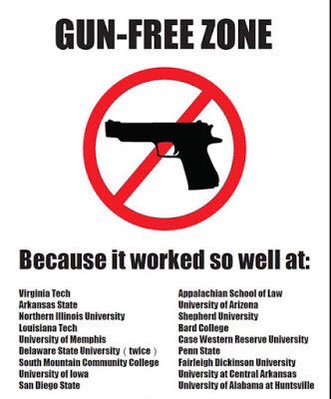 Speaking at the 2020 Republican National Convention kickoff on Monday evening, Andrew Pollock zeroed in on what he said were “far left Democrats” in the Marjory Stoneman Douglas High School district in Parkland, Fla., and praised President Trump for taking action….

“Far-left Democrats in our school district made this shooting possible because they implemented something they called ‘restorative justice,’” he continued.

Pollack noted Biden still supports and will pursue full implementation of “restorative justice”, whatever that means, at the expense of our safety and that of our children. Indeed, Parkland’s blood on Joe Biden’s hands. Pollack noted that Biden couldn’t remember Parkland very much, except to falsely claim he was Vice Presidenr whe n it happened.

In yet another memorable competence-questioning gaffe Biden not long ago said survivors of the Parkland school shooting visited him in the White House while he was Vice-President. As Breitbart reported:

Former Vice President Joe Biden (D) made another gaffe Saturday, telling reporters in Iowa that Parkland students visited him – while he was vice president – in the aftermath of the school shooting, even though the incident occurred in 2018– over a year after he left office. 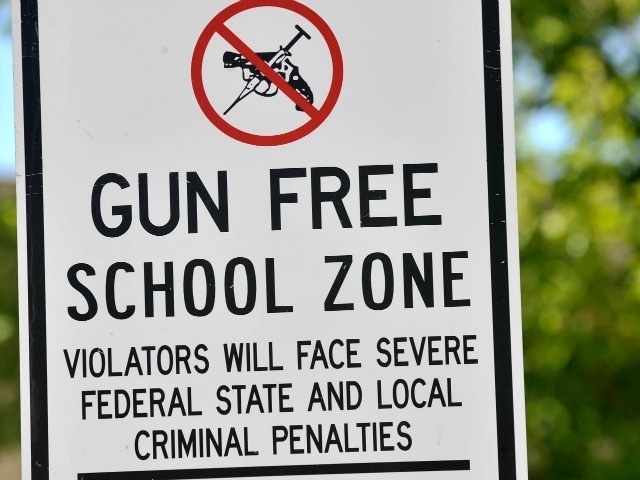 Biden brought up the ongoing conversation on gun violence in the U.S. Saturday and told a group of reporters in Iowa that students from Marjory Stoneman Douglas High School visited him while he was vice president, even though the shooting – which resulted in 17 fatalities and over a dozen injuries – happened on February 14, 2018, over a year after he left the White House.

As bad as the gaffe was, worse yet is the fact that legislation Joe Biden supported made a massacre such as what happened at Parkland possible.

Biden may not remember, but if there is anyone who has blood on his hands because of the shooting at his high school, it is not on the hands of the NRA or deplorable bitterly clinging to the Second Amenment. it is one the hands of the former vice-president who was the sponsor of the legislation that made  Marjory Stoneman Douglas High School a gun-free zone and Meadow Pollock and her fellow students sitting ducks for an armed predator.

What’s stopping teachers from bringing guns to work right now? The Gun-Free School Zones Act of 1990. Sponsored by then-Sen. Joe Biden and signed into law by then-President George H.W. Bush the law makes it illegal for anyone “to knowingly possess a firearm” within 1,000 feet of a school zone….

Could the Supreme Court overturn the Gun-Free School Zones Act? Maybe. They did it before. Five years after passage, the court declared the law unconstitutional under the Commerce Clause. But Congress amended the bill and President Bill Clinton signed it back into law ins 1996. The Supreme Court has not ruled on the issue ever since.

Perhaps they should. President Trump as a candidate opposed the idea of schools being gun-free zones:

Donald Trump likes the idea of teachers bearing arms in the K-12 classroom. “I will get rid of gun-free zones on schools — you have to,” the Republican nominee told a crowd at a campaign rally in Burlington, Vt., in 2016. “My first day, it gets signed, okay? My first day. There’s no more gun-free zones.”

Biden should learn what the Israelis already know, that the only way to protect our schoolchildren from a bad guy with a gun is a good guy with a gun. Instead we irrationally put the onus on guns like the AR15 which, contrary to media and political hype, is not an assault weapon. Assault is a behavior and not a weapon and further restricting the access of law-abiding potential victims from defensive firearms is not the answer.

The fact is that there is a sharp spike in school shootings since Joe Biden sponsored the Gun Free School Zones Act of 1990:

Prior to Gun Free Zone Act

After the Gun Free Zone Act

School shootings are preventable. As much as Americans are reluctant to turn their schools into what critics might call armed camps, it would be a better situation than the free fire zones that exist today. Would allowing guns in school be dangerous? We allow guns in schools right now by not having secure entrances, by not heeding warnings from those who did see something and did say something, or by not having adequate armed security on campus, including armed teachers. When citizens with guns were nearby, school shootings have been cut short: 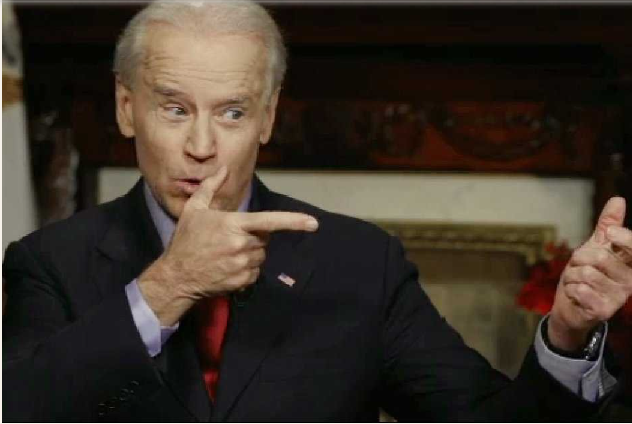 Few Americans are aware that in an October 1997 shooting spree at a Pearl, Miss., high school that left two students dead, assistant principal Joel Myrick retrieved a gun from his car and immobilized the shooter until police arrived, preventing further killings.

Or, in another school shooting in January 2002 at the Appalachian School of Law in Virginia, a disgruntled former student killed Law Dean L. Anthony Sutin, associate professor Thomas Blackwell and a student. Two of the three Virginia law students who overpowered the gunman were armed, preventing further deaths.

Not only would armed security in the schools do more than kumbaya-singing wishful thinking, the mere uncertainty of whether the shooter would face return fire might deter such crimes. Killers love gun-free zones, which is why the shooter at an Aurora Colorado movie theatre picked a particular one:

"Wow, no takers!  Suzie just got back on and saw this. Coffee and a chat sounds great to me.…"
More…
Loading ...