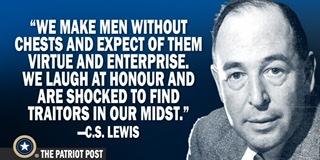 Are you confused yet? How about scared? Are you ready to hide under something and hope it all goes away?

We have Fascists  claiming to be fighting fascisem, Political leaders saying that “Truth is more important than facts”. One side acts like Nazis and claims the other side is Nazis. The Government says two different things at the same time. We have a pandemic that will kill the world if global warming doesn’t burn us all up first. Riots, burning, murder, looting is called peaceful demonstrations, while defending your home from violent intruders who threaten to murder you, is called a crime of violence. Words have lost their meaning and as the Caterpillar  says in Alice in Wonderland “Words mean what I want them to mean, no more, no less. Who is to be the master, you or the words.” That is the ‘Truth” of the press.

The world has seemed to have gone to hell in a hand basket as my Grandmother would say, and on greased skates as my Grandfather would add.

Are we on the verge of a complete breakdown? Is all lost as some would claim? Or is there more that is hidden behind the stage curtain, pulling on the ropes and props that we see?

If we accept that as true then we can look for the order in the chaos. First step is to see who benefits from the trouble. In other words follow the money.

First we have the “science deniers” who call themselves “Experts”. Science does not care about justice or moral rights. Science is the search for truth, regardless of what we desire. Science is replicable. Everyone can take the same information and achieve the same results. It works the same way every time, no variance outside a margin of error in technique or materials.

However if there is a discrepancy then there must be a problem with the theory, you change the theory to match the facts, not the facts to match the theory. To say that “Science is settled” is to prove yourself a fraud. You may call yourself a Scientist but you are really just a greedy self-centered Liar.

Second, we have the journalists who are out to find the truth as they see fit, only if it fits a specific narrative. Their truth that has little to do with reality, but with their self defined “perfect world” of social justice. Any disagreement to the party line is hate speech, it is offensive and no one should ever be offended. Unless they are a hater that opposes the party agenda. Then only total destruction of the offender is acceptable.

In Orwell’s book 1984 when O’Brien Tells Winston, “You must try harder. It is not easy to become sane.” That is how two plus two becomes what the party wants it to be.

Third we have the Politicians that want POWER, truly they do not care what you think, want or desire, as long as they have power and control to create the world in their image. They are the ones who benefit from chaos, they can then promise a “solution” to your problems. All you get are promises.

Forth we have Wealthy business people and Idealists. They provide the funds for action and sell access to power. They provide the inaccessible goals that need to be achieved to create the perfect world; the dream that all men search for in their hearts. And the same people deny the ability to achieve it.

So what is behind all the Chaos? An evil attempt to control the people by making them desire something different.

Fight back, do not give in to despair.

God Bless and protect you,

The Way I See It:Under Federal law, Biden and his accomplices should all be charged with reckless…
See More

"I  got silenced a lot on the general open forum on NextDoor but a friend started a PRIVATE GROUP,…"
More…
Loading ...