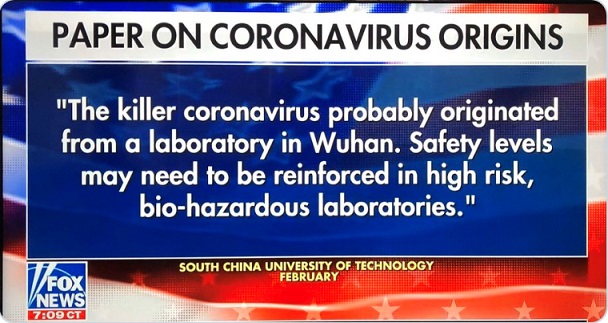 At least Texas Republican Sen. Ted Cruz has been paying attention, referring to a blockbuster report by Chinese scientists admitting that, while we debated whether calling COVID-19, the politically correct “scientific” name, the “Chinese Wuhan virus” is racist, it could very well be an accurate description of the virus’ origin and the fact that it was likely hatched in a Chinese lab:
Sen. Ted Cruz on Wednesday raised the notion that the coronavirus sweeping across the world was accidentally released from a laboratory in China.

The Texas Republican said there was research being done on viruses in a lab just a few miles away from a “wet market” in Wuhan, where Chinese officials say the virus emerge, allegedly from people eating bats on other exotic animals.
“We know that at that facility, they were researching highly, highly infectious diseases including coronaviruses – including coronaviruses that [derive] from bats,” Cruz said on Fox Business Network. “And so they’re researching the exact same type of disease that became this pandemic.”

“There is a very natural question to ask of well, did somebody make a mistake? Were they studying this virus and did it escape accidentally, and is that part of why the communist government in China tried so hard to cover this up?” Cruz said, adding that it seems “plausible, if not likely” the virus was being studied the lab.

“The natural inference, if there’s [an] outbreak right next to where they’re studying this virus is well somehow it escaped, presumably accidentally,” he said.

That is why China dragged its feet in letting in U.S,. experts to examine the initial outbreak in Wuhan, classifying many coronavirus deaths as from pneumonia, quickly burying or cremating the dead, destroying tissue samples and conning a sycophantic World Health Organization into propagating its lie that the Wuhan Chinese virus could not be transferred by human to human contact:
China has been lying since at least December about the nature of the virus and that’s in part why it has been able to spread.
Here’s a WHO advisory tweeted on Jan. 14 trying to tell people that it couldn’t be transmitted between humans, according to China: “Preliminary investigations conducted by the Chinese authorities have found no clear evidence of human-to-human transmission of the novel #coronavirus (2019-nCoV) identified in #Wuhan, #China…

From NY Post:
Chinese labs ID’d the new virus in December, but the regime ordered them to stop testing and quietly destroy their samples. Officials even squelched health care workers, like the late Dr. Li Wenliang, who tried to warn colleagues of the coming epidemic.
Li and others knew in December the virus was spreading through human contact. But the government publicly denied it until Jan. 20.

Sen. Cruz’s suspicions are correct. The Chinese were lying because they were trying to hide the virus origin.
Confirming what I have previously written, a research paper from scientists at the South China University of Technology concludes that the Chinese Wuhan virus originated in a research lab literally within spitting distance from a Wuhan market originally blamed for the source for the disease This deadly virus is the direct result of research by a Communist Chinese government that has been lying about its origin and spread from day one and still is. The virus with the politically correct name “coronavirus” did in fact originate in a Chinese lab:
Chinese scientists believe the deadly coronavirus may have started life in a research facility just 300 yards from the Wuhan fish market.
A new bombshell paper from the Beijing-sponsored South China University of Technology says that the Wuhan Center for Disease Control (WHCDC) could have spawned the contagion in Hubei province.

It also mentions that bats - which are linked to coronavirus - once attacked a researcher and 'blood of bat was on his skin.'
The report says: 'Genome sequences from patients were 96% or 89% identical to the Bat CoV ZC45 coronavirus originally found in Rhinolophus affinis (intermediate horseshoe bat).'

It describes how the only native bats are found around 600 miles away from the Wuhan seafood market and that the probability of bats flying from Yunnan and Zhejiang provinces was minimal.

In addition, there is little to suggest the local populace eat the bats as evidenced by testimonies of 31 residents and 28 visitors.
Instead the authors point to research being carried out within a few hundred yards at the WHCDC.

Well, isn’t that special? It might put matters into perspective if this little factoid at the next virus task force briefing? China is not our friend, nor is its premier, but the architect of its latest mass murder, this time on a global scale. The bats were originally blamed as the “natural” source of the virus and were said to be consumed as food sold in the local market but they did not get there on their own. They were brought to the research labs in heavily populated Wuhan for dangerous research:
Beijing-sponsored South China University of Technology concluded that ‘the killer coronavirus probably originated from a laboratory in Wuhan’. It points to research on bats and respiratory diseases carried by the animals at the Wuhan Center for Disease Control (WHCDC) and the Wuhan Institute of Virology and WCDC is just located 300 yards away from the Huanan seafood market.

According to the Daily Mail in U.K., an exposé from the Beijing-sponsored South China University of Technology says that WHCDC was carrying out research on 605 bats and other animals infected with respiratory diseases which triggered the COVID-19 outbreak….
And as well as the WHCDC, the report suggests that the Wuhan Institute of Virology could also have eaked the virus, as has previously been reported by MailOnline.

‘This laboratory reported that the Chinese horseshoe bats were natural reservoirs for the severe acute respiratory syndrome coronavirus (SARS-CoV) which caused the 2002-3 pandemic,’ the report says.
‘The principle investigator participated in a project which generated a chimeric virus using the SARS-CoV reverse genetics system, and reported the potential for human emergence 10. A direct speculation was that SARS-CoV or its derivative might leak from the laboratory.’

Back on March 14, I presented evidence that what President Trump took heat for describing as the “Chinese virus” had in fact “escaped” from a Chinese virus research facility in proximity to the city of Wuhan, This has been confirmed by the South China University of Technology.

The release of the Chinese Wuhan virus was not just a random event but the attest on a series of viruses that have become China’s major and deadliest export to the world yet. While it was not necessarily developed as a bio-weapon it might as well have been, considering deadly and disastrous effects on China’s targets on the world stage, primarily the United States. China must be made to pay for what it has done. 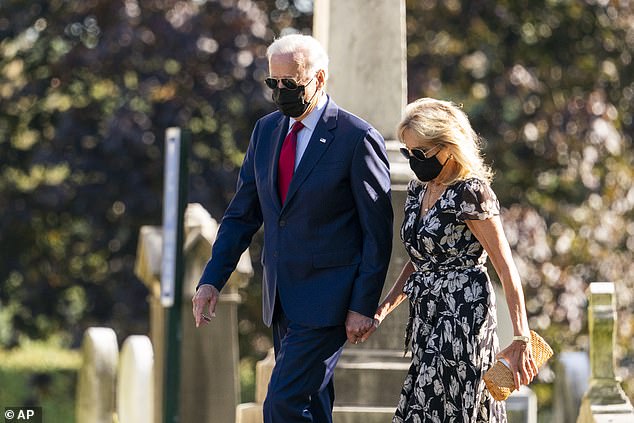