Soon to be former House Speaker Nancy Pelosi, perhaps suffering brain from too much gourmet ice cream in her San Francisco industrial sixe freezer, was mystified in explaining the wave of lawlessness sweeping the country which liberals finally noticed when smash-and-grab looters switched targets from now-abandoned Walgreens drug stores to the high-end stores and shops patronized by the rich and famous like herself.

Press Secretary Jen Psaki has blamed rising crime and shoplifting on the pandemic as if looters are hoping those Louis Vitton bags they are running off with are filled with monoclonal antibodies. No thought is given to the possibility that Democrat defunding of police, no cash bail and lack of prosecutions might have anything to do with rising lawlessness.

Dems do not believe m private property nor property rights so if no one really owns anything no one can really steal anything, hence no crime.  Violent criminals  are merely that way because of an unjust white supremacist society so just shut up you racist victim and bleed to death on Pelosi’s feces-laden  streets of San Francisco while she ponders the mystery of it all:

House Speaker Nancy Pelosi blasted an “attitude of lawlessness” across the country Wednesday, decrying a recent surge in smash-and-grab crimes – particularly in her hometown of San Francisco – but refusing to admit it stems from police funding cuts and bail reform measures pushed by left-wing lawmakers.

“It’s absolutely outrageous,” Pelosi (D-Calif.) said when asked about the crime spike. “Obviously, it cannot continue. But the fact [is] that there is an attitude of lawlessness in our country that springs from I don’t know where … and we cannot have that lawlessness become the norm.”

“It must be stopped, and it’s not just San Francisco,” Pelosi emphasized. “It’s in our entire country.”

Gee, the midterms must be closer than we thought. Criminals and victims have both noticed that the threat of arrest, prosecution, and incarceration have all but disappeared under Biden, Pelosi and the Democrats, and the reason is the appointment of George Soros-backed district and U.S. Attorneys whose prime mission is to destroy America which George Soros hates by releasing guilty felons, failing to prosecute. Convict and incarcerate the predators in our midst Sens. Cruz and Cotton recently rose to condemn Dementia Joe Biden’s latest appointment of a Soros-backed U.S. attorney:

A damning expletive-filled video surfaced Wednesday of Suffolk County District Attorney Rachael Rollins tearing into reporters who were investigating her over abuse of power after she was confirmed as President Biden’s U.S. attorney for Massachusetts. 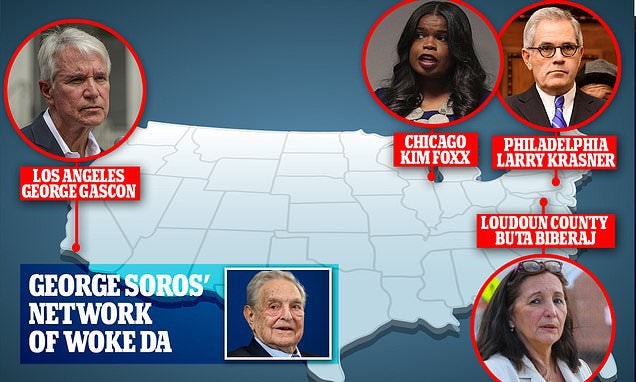 The video is from January 2021 following the Capitol riot. She accused the reporters of risking the lives of her children when they tried to interview her near her home….

“Suffolk County @DARollins is a national leader on transforming the criminal justice system and fighting the root causes of injustice,” Warren tweeted in July. “She is a great choice for US Attorney – @SenMarkey and I were proud to recommend her to the Biden administration.”

“Congratulations to my sister in service, @DARollins, on her historic nomination,” Pressley wrote. “She has fought to transform our legal system by prioritizing racial justice, decarceration & reimagining public safety in MA. @POTUS has made an excellent choice.”

But constitutional conservatives were alarmed at her confirmation.

“I rise today to strongly oppose the confirmation of Rachael Rollins to be a U.S. Attorney in Massachusetts. Many Americans have probably never heard of Rachael Rollins, but they’re becoming very familiar with the kind of lawlessness and dangerous crime that radical left-wing district attorneys like her have generated under their watch,” the Texas Republican said. “We’ve seen looting and larceny, and violent crime rates rise in cities all over the country the past couple of years. Ms. Rollins is part of a web of left-wing district attorneys across the country who see it as their job not to prosecute crime, [but] rather, to protect criminals.”

“Democrats have defunded police departments, stopped prosecutions for numerous crimes, ended cash bail, and demanded early release even for violent criminals,” Sen. Tom Cotton (R-AR) who serves on the Senate Judiciary Committee, commented in July, according to Fox News. “These actions resulted in a historic increase in murders and contributed to the crime wave. Rachael Rollins won’t stand up for the victims of these crimes, and I will seek to stop her nomination.”

Cotton took issue with a policy memo Rollins released shortly after taking office in January 2019. It identified over a dozen charges she said she would not be inclined to prosecute, such as mental health or substance abuse treatment. 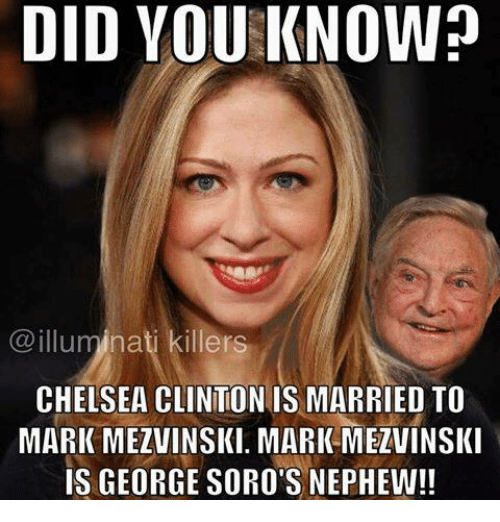 Crimes that Rollins does not intend to prosecute include drug possession, trespassing, disorderly conduct, shoplifting, and breaking and entering, according to her campaign website.

Here’s the source of your lawlessness, Nancy Pelosi. She is part of the Soros-funded project to populate the justice system with “woke” prosecutors that believe criminals should go free because they are victims of an unjust snd irredeemably racist society. As the Heritage Foundation observes:

…her goals are part of a larger radical movement.

Liberal billionaire George Soros, and other wealthy individuals, realized early on that prosecutors are the gatekeepers to the criminal justice system, so they decided to hand select attorneys who would do their bidding by refusing to prosecute entire categories of crimes, fundamentally “reimagining prosecution” and reverse-engineering the criminal justice system into something unrecognizable in the process.

Soros’ campaign to undermine our criminal justice system has not received any attention in the legacy media and only recently has popped up on conservative news and social media sites. Former House Speaker Newt Gingrich recently was cut off by Fox News hosts Harris Faulkner and Melissa Francis when he tried to bring it up as a cause of the BLM and Antifa riots of 2020:

Radio host Eric Metaxas asked Gingrich to explain the bizarre incident that occurred on Fox News last Wednesday when Fox News cut Gingrich off after he brought up the role of Soros in funding the election of left-wing district attorneys in local races over the past several years.

Gingrich was arguing that the rise in crime in many Democrat-governed cities was partly the result of the presence of anti-police, pro-criminal district attorneys who had been elected thanks to substantial funding from Soros.

On the Wednesday edition of Outnumbered, co-host Melissa Francis and contributor Marie Harf attempted to silence Gingrich, telling him he did not need to bring Soros into the conversation.

“We checked backchannel and there is no Fox pressure against mentioning George Soros,” the former Speaker clarified.

“I think people need to realize that this is a billionaire who actively works every day to undermine the American system and who has spent millions of dollars electing district attorneys who are anti-police and pro-criminal,” he said.

“And it’s a major part of why, for example in New York, they had a 107 percent increase in shootings in August over last year, because the system is just breaking down.”

These are the sources for the lawlessness, Nancy Pelosi. And, for good measure, look in the mirrot