0
The Way I See It:
So, are we now supposed to understand that "Gay" in the purely gender sexual identifiable form, "do not prefer to be Gay"? That the "gay' lifestyle is something that those who identify as "Gay" are not comfortable enough with to actually prefer that lifestyle, without reservation to any other lifestyle? I believe I've heard and seen "Gay" pride parades, are we now to assume they object and reject that lifestyle and find that they do not prefer being "Gay"? Are we now expected to assume and or recognize that there are no "Gay" identifiable people who actually prefer their lifestyle? Therefore, are all "Gay" identifiable people insulted because the rest of the folks believe them to prefer their lifestyle?
Just as a matter of reference, I am a straight male, I am not ashamed of being straight or being identified as being straight, and without reservation, I do, in fact prefer being straight, engaging in sexual activity with someone was to state that "being straight" is my sexual/gender, and is what I prefer, the statement would not and does not offend in any way. Being straight. I prefer hetero-sexual straight sex with only a member of the opposite sex (female), that unequivocally is in fact, my preference. The only time I would find the nomenclature "straight as my preference" objectionable, is if I were very uncomfortable with who I am, or who I pretend to be.
So, I have to ask which is it? If one is "Gay" strictly by identification and nomenclature, how can one say that recognizing one's "Gayness" is offensive, and is not necessarily that "Gay" person's preference over any other lifestyle? In essence, a "Gay" person should be offended if someone refers to him/her as being " Preferentially Straight".
That's the way I see it...

WND.COM
Webster's denies politics prompted redefinition of 'sexual preference'
The online dictionary that this week changed the definition of a word to accommodate the requirements of LGBTQ activists in the country said it was routine – and not related to the issue being raised in the Senate Judiciary Committee hearing for Supreme Court nominee Amy Coney Barrett, who used th...
Like
Comment
Share "actually we have been taught from children to look the other way. These marxists know how to usurp…"

"When law and morality contradict each other, the citizen has the cruel alternative of either losing…"

"Over years we conservatives have allowed our sympathy for our enemies to cloud our minds.  We…" 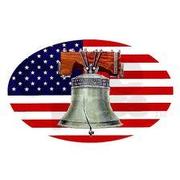 "Thanx. Good to see you too, old friend.  Life can be be quite a struggle. But I thank my Lord for…"

"Cosa Nostra
These are the :5 Families" of the ruthless radical pro-globalist/sociailst left:…"

" Here here! So all they have to do is play by the rules? Won't happen!
Judge Gavel GIF from Judge…"

"It was difficult to hear. Feed of the swearing in must have been from 1 feed source. I switched…"

"Taiwan requested military capable weapon to shoot down China drones. China is marching across the…"

"I was pleased that Justice Thomas swore in ACB. "

With the appointment of Justice Barrett to the court, the liberal heads are popping like corn and…
See More