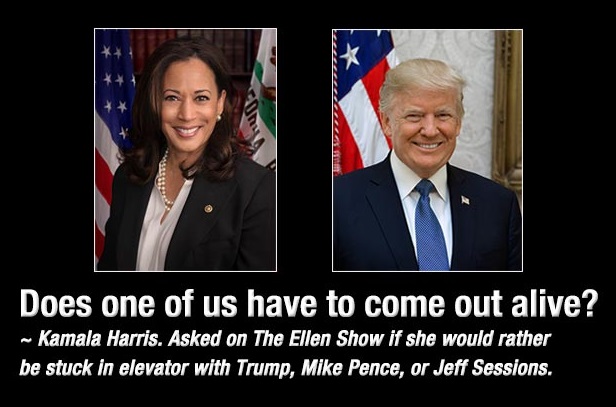 We all remember D-list comedian Kathy Griffin’s infamous photoshoot, in which she posed with a mock severed head of President Donald J.Trump, which might be labeled TDS – Trump Decapitation Syndrome. We remember as well rapper Snoop Dogg using a toy gun to shoot a clown resembling the president. “I have thought, an awful lot, about blowing up the White House,” Madonna said at a protest reading from a script written for her. And who can forget actor Johnny Depp asking at a film festival in England, “When was the last time an actor assassinated a president?”

Murdering Donald Trump has long been a popular theme amongst an entertainment elite that thinks his deasth would be funny. Even the classics have been perverted for this blood sport. As Breitbart reported in June 2017:

Shakespeare in the Park began its summer season in New York City’s Central Park last month with a “contemporary” take on the playwright’s Julius Caesar, in which the title character bears a not-so-subtle resemblance to President Donald Trump.

In an interview with Mediaite, Laura Shaeffer — who saw a recent performance of the play, which opened May 23 — said that the character of Julius Caesar in the Public Theater adaptation wears a business suit and has his hair styled in a manner similar to Trump’s.

Sheaffer added that the character of Calpurnia, Caesar’s wife, speaks with a “Slavic accent” similar to that of First Lady Melania Trump.

As happens at the end of the original play, the (Trump-inspired) Caesar is brutally stabbed to death by his associates in the Senate. Sheaffer said Caesar’s death scene was particularly graphic, with blood “spewing everywhere,” and an American flag hanging overhead.

“To be honest I thought it was shocking and distasteful,” Shaeffer told Mediaite. “If this had happened to any other president — even as recently as Barack Obama or George W. Bush — it would not have flown. People would have been horrified.”

Probably not horrified was  California legislative leader Willie Brown’s former girlfriend and future Vice President Kamala Harris. She probably got a good chuckle, or is it cackle out of the thought of killing Donald Trump as she did in 2018 on the Elllen Degeneres Show. As reported by Newsmax:

In a Twitter post Wednesday, political activist Jack Posobiec shared a video of Harris on "The Ellen DeGeneres Show" in early 2018.

The then-senator from California was asked a question that served as the setup for a kind of cage-match quip: If she had to be stuck in an elevator with Trump, Pence, or former U.S. Attorney General Jeff Sessions, which one would she pick?

"Does one of us have to come out alive?" Harris responded.

Not the response, we suppose, she would have given had she been asked about being stuck in an elevator with Barack Hussein Obama, Joe Biden, or Eric Holder. Words have consequences, we have been told, and if Donald Trump can be charged with “peacefully and patriotically inciting a Capitol Hill riot, can Kamala Harris and her ilk be charged with inciting a presidential assassination? Where is the Secret Service? 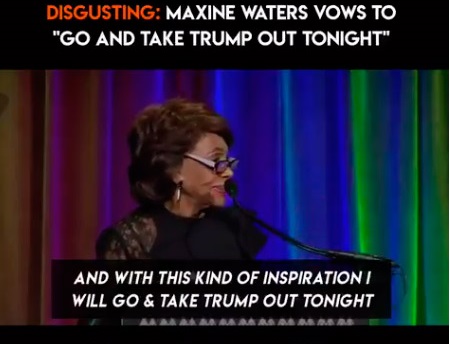 Of course, Kamala Harris’ fondness for encouraging and even subsisizing ciolence is on record. Kamala Harris looked at the tear-long 2020 carnage, the attacks on federal buildings, and the riotous anarchy approvingly and noted they would and should continue. As PJ Media reported:

In June 2020, in the aftermath of the nationwide rioting following the death of George Floyd at the hands of a Minneapolis police officer, Kamala Harris even gleefully predicted that the protests, during which rioting and looting occurred, wouldn’t end, telling Stephen Colbert, host of The Late Show, that they shouldn’t end.

If Kamala Harris believes Donal Trump should be impeached for inciting violence, then how about impeaching her for not only inciting violence, but funding it as well. Donald Trump did not call for unending unrest in the streets but the likes of Kamala Harris, “Squad” member Ayanna Presley, and a score of other Democrats did. Harris did more than urge unrest in the streets. She urged supporters to contribute financially to the Minnesota Freedom Fund to keep these murderous rioters on the streets by bailing them out of jail if they were somehow arrested by reluctant Democratic mayors: As The Federalist reports:

Yes, that’s right, the Democrats’ vice presidential candidate was a huckster for a bail fund that sought to free violent criminals who were rioting on the streets of Minneapolis, and she was very effective at it. In the wake of deadly fires and looting, Harris asked her five million plus Twitter followers to donate money to bail out the “protesters” arrested in the riots. Let’s meet a few of the beneficiaries of her largesse, shall we?Fox 9 News in Minneapolis did the research for us. Here are a few of the criminals they found Harris did a solid for.Among those bailed out by the Minnesota Freedom Fund (MFF) is a suspect who shot at police, a woman accused of killing a friend, and a twice convicted sex offender, according to court records reviewed by the FOX 9 Investigators.
According to attempted murder charges, Jaleel Stallings shot at members of a SWAT Team during the riots in May. Police recovered a modified pistol that looks like an AK-47. MFF paid $75,000 in cash to get Stallings out of jail.
Darnika Floyd is charged with second degree murder, for stabbing a friend to death. MFF paid $100,000 cash for her release.
Christopher Boswell, a twice convicted rapist, is currently charged with kidnapping, assault, and sexual assault in two separate cases. MFF paid $350,00 [sic] in cash for his release.Wouldn’t it be ironic if they all got to vote by absentee ballot without any signature verification?  These are the violent criminal predators that Kamala Harris bailed out and urged on and that Joe Biden, the author of the 1994 crime bill thart unfairly incarcerated a generation of young black males, refused to condemn.

California Democrat Rep. Maxine Waters knows the poewer of words to incite violence against one’s political appointments and was so moved at one event, she was ready to fo the job on Trump herself. As Breitbart reported:

Last week at the Ali Forney Center gala in New York City, Rep Maxine Waters (D-CA) said she would take President Donald Trump “out.”Waters said, “What an inspiring evening this is. I am sitting here listening, watching, absorbing, thinking about Ali even though I never met him and with this kind of inspiration I will go and take Trump out tonight.”

On Saturday night, California Congresswoman Maxine Waters encouraged the type of recent protests against President Trump as seen in several Washington, DC and Virginia area restaurants, saying that she has "no sympathy" for those who serve in the administration and that the public should "turn on them" and "absolutely harass" White House officials while they are doing normal every day activities. … 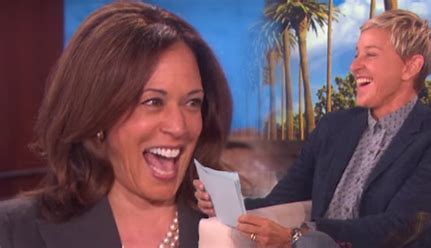 Rep. Waters then went further, adding that members of the Trump administration who continue to serve and defend the president should be harangued at gas stations, restaurants, and while shopping at department stores. "They know what they are doing is wrong," said Rep. Waters. And for that, the public should ridicule and protest them every chance they get, according to the California congresswoman.

There has been speculation that if President Trump was impeached and prevented from running again he might aldo be denied Secret Service protection for himself and his family.  That is the hondest wish of some of these ghouls and ought to worth a few laughs, eh, Kamala? 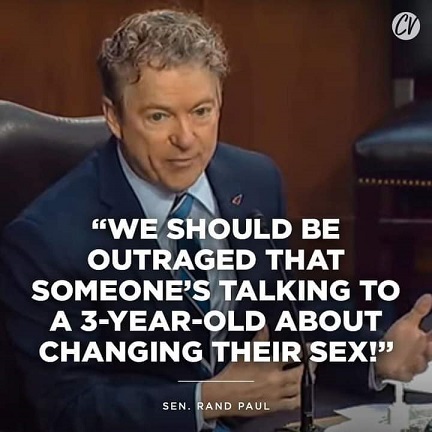