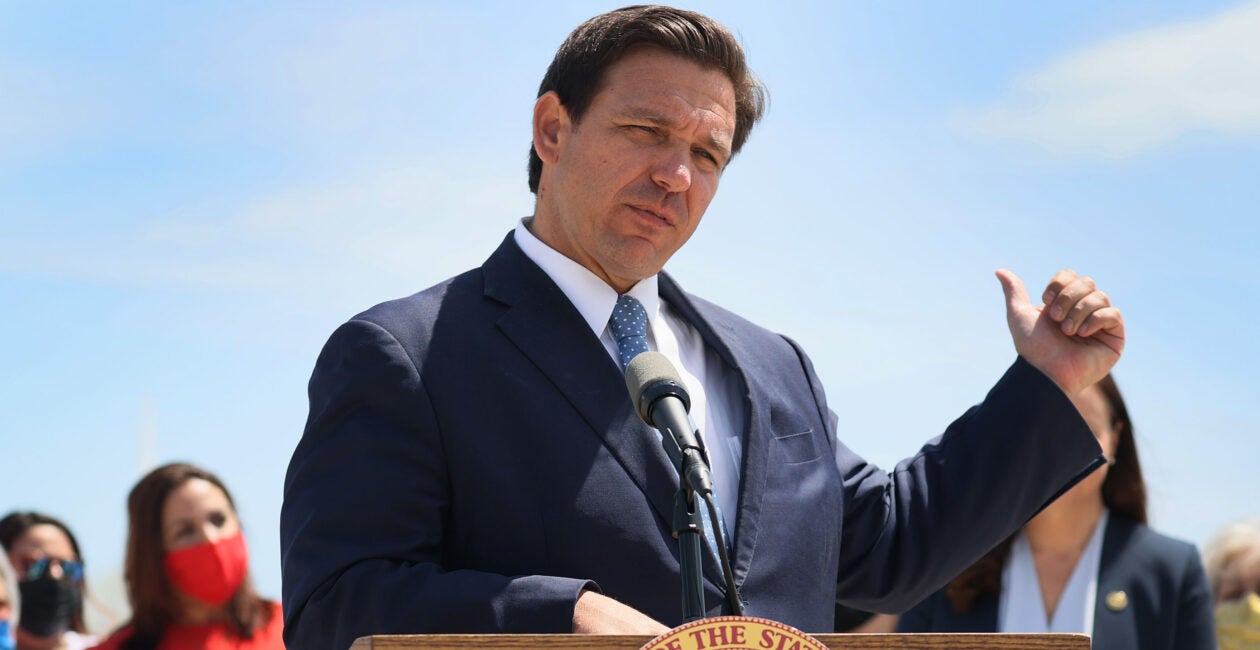 Florida and Kansas this week became the latest states to enact election reforms expanding voter ID and curbing ballot harvesting, among other measures.

The new law restricts the practice of ballot harvesting by allowing a person to collect absentee ballots only for immediate family members. It also increases security for ballot drop boxes.

Want to keep up with the 24/7 news cycle? Want to know the most important stories of the day for conservatives? Need news you can trust? Subscribe to The Daily Signal’s email newsletter. Learn more >>

Ballot harvesting is when political operatives solicit voting, collect absentee ballots, and return them to election offices. The practice raises questions about the secrecy and security of the ballots.

In Kansas, the Legislature cut the number of absentee ballots one person may return to 10. Previously there was no limit.

Also Tuesday, the Legislature overrode a veto by Kelly, a Democrat, of a bill providing that only state legislators may change election law—not the governor or secretary of state acting unilaterally.

Where the Action Is

Although much of the attention to election reform has been focused on Georgia’s new law that required ID for absentee voting and expanded hours for early voting, election-related bills also are working their way through legislatures in Texas, Arizona, and Wisconsin.

Critics of such measures call voter ID requirements “suppression,” arguing that the new laws could make it more difficult for minorities to vote.

“Republicans in Florida won big in the 2020 election. Still, they felt it necessary to have a partisan crackdown on mail ballots and the use of drop boxes, which disproportionately affects people of color,” said Alex Berrios, vice chairman of the Palm Beach County Democratic Party said in a statement after DeSantis signed the bill.

Though their measures are less sweeping than some other states, Kansas and Kentucky are the only states with a Democrat governor to enact election reforms.

The next one could be Michigan. Republican lawmakers there have pushed 39 separate election reform bills, as opposed to the omnibus approach used in states such as Florida and Georgia.

Michigan Gov. Gretchen Whitmer, a Democrat, has threatened to veto the measure. But the state’s Republican Party chairman, Ron Weiser, has said parts of the bills could be put into a petition initiative that the Legislature could enact without the governor’s signature if it gets 340,000 signatures.

Michigan’s state Senate is considering a package of proposals to add identification requirements to absentee voting and in-person voting.

Michigan currently allows voters without ID to vote if they sign an affidavit professing that they are who they say they are. The legislation would require such voters to cast a provisional ballot and then verify their identity.

Lawmakers in Michigan also are pushing for more secure ballot drop boxes, including a requirement to lock the boxes after 5 p.m.

‘Easier to Vote, Harder to Cheat’

In April, Kentucky’s Republican-controlled Legislature and Gov. Andy Beshear, a Democrat, agreed on a rare bipartisan election reform package. The legislation signed by Beshear expands early voting to three days before the election, which Democrats backed, but also includes Republican provisions such as making it easier to clean voter registration rolls of nonresidents and penalizing ballot harvesting.

Another state with a Democrat governor, Wisconsin, is weighing reforms such as regulating private money used for election administration, a response to $3.4 million that came into the state from the Mark Zuckerberg-financed Center for Tech and Civic Life.

A Wisconsin Senate committee held a hearing Wednesday on proposals to strengthen voter ID requirements and more clearly define who is eligible to get an absentee ballot.

“In Wisconsin, it will be tough. There is a big gulf between the Legislature and the governor. I don’t know if there is common ground,” Jason Snead, executive director of the Honest Elections Project, a pro-voter ID group, told The Daily Signal. “What voters want overwhelmingly is to make it easier to vote and harder to cheat.”

“In Michigan, you have the same divided political landscape,” Snead added. “But we may see a citizens’ initiative there.”

A North Carolina congressional race in 2018 was voided after a scandal erupted over ballot harvesting by the Republcian candidate’s campaign.

A poll by the Honest Elections Project found that 62% of voters surveyed say they oppose political operatives’ having direct access to absentee voters while they vote.

‘If States Fight, They Will Win’

Liberal organizations announced lawsuits against the Florida law and measures in other states.

“If states and attorneys general put up a good fight, they will win on the merits,” Hans von Spakovsky, senior legal fellow at The Heritage Foundation, told The Daily Signal. “The Biden Justice Department will likely come in on the side of those suing. But if the states fight, they will win, just as states won for the last 10 years on voter ID laws.”

The Heritage Foundation is the parent organization of The Daily Signal.

Last month, the Texas Senate passed a reform measure to extend early voting hours, prohibit voting clerks from sending absentee ballot applications unless a voter requests one, and ban drive-thru voting. The bill is still under consideration in the Texas House, where several major corporations are gunning to kill it.

“Texas lawmakers have exactly the right idea,” von Spakovsky said. “Texas has a long history of election fraud. Many, many of the cases from the Heritage voter fraud database are from Texas.”

“We’ve seen for the past 10 to 15 years rhetoric getting worse and worse,” Snead said, but state after state has passed voter ID law. “Despite all the money spent, all the ink spilled, voters aren’t changing their minds.”

In Arizona, one election reform bill would drop voters from the registration rolls if they miss two full election cycles—two primaries and two general elections. Voters would be notified by mail before being dropped, with 90 days to reply.

The measure is being held up in the state Senate by Sen. Kelly Townsend, a Republican who refused to join GOP colleagues on the bill without an audit of the count in Arizona’s 2020 presidential election.

A separate Arizona bill would require ID for voting absentee.

Also, Arizona lawmakers voted separately to prohibit private money from being used to fund election administration—a response to roughly $5 million in Zuckerberg-financed grants that went to predominantly Democrat counties to run the election.

In March, Iowa Gov. Kim Reynolds, a Republican, signed a reform bill that decreases Iowa’s early voting period, closes polls an hour earlier on Election Day, requires absentee ballots to arrive before polls close in order to be counted, and aligns closing times for polling places with those of bordering states.

Montana Gov. Greg Gianforte, a Republican, last month signed a bill requiring voters to present either a Montana driver’s license, a tribal photo identification card, a state ID card number, or a military ID at the polls.  Gianforte also signed another bill to close voter registration at noon the day before an election.